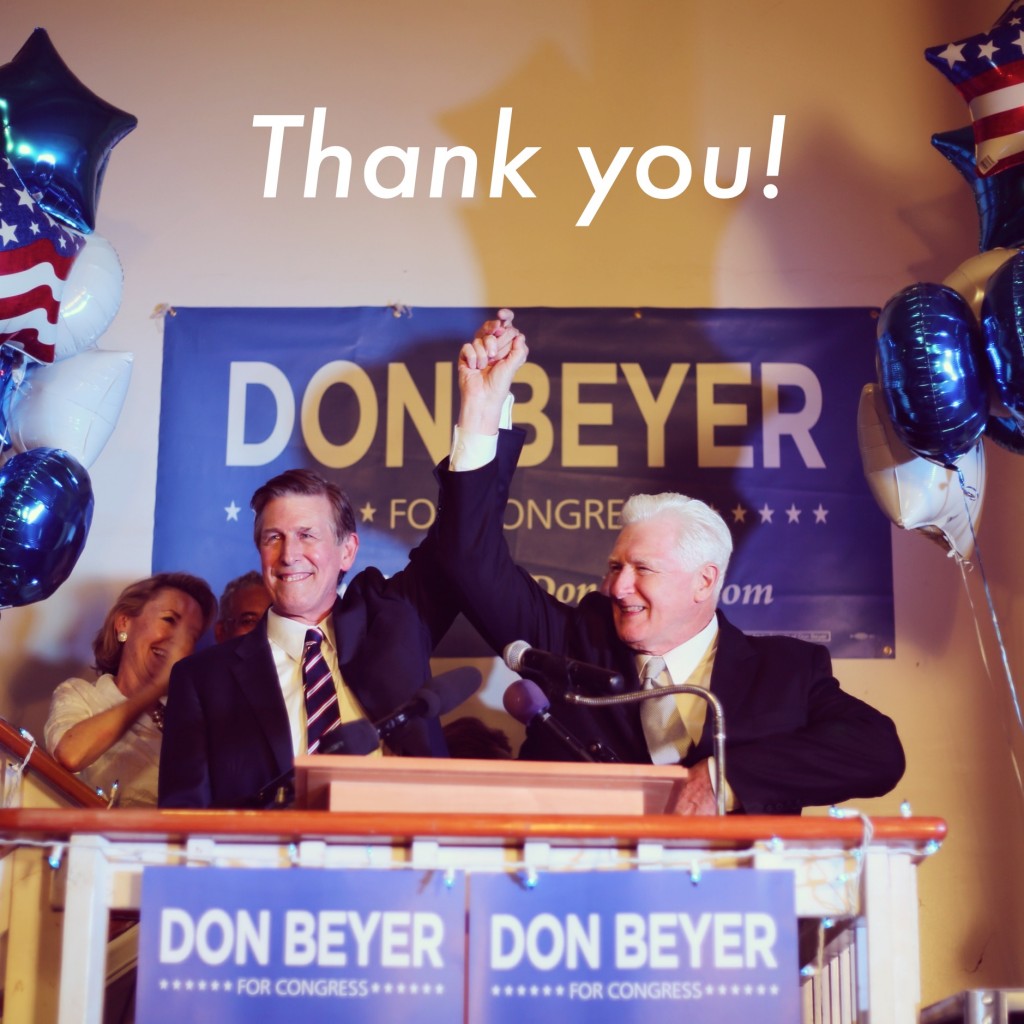 June 10, 2014 (Alexandria, VA) – Don Beyer declared victory this evening in the Democratic primary today for Virginia’s 8thcongressional district seat, saying he had loved “every minute of this race,” and thanking his supporters and his fellow candidates alike.

“Tonight is the culmination of the hard work, the heartfelt values, and the shared ideas of many, many, many good people,” Beyer said.  “I am honored and humbled to be your standard bearer … Now we turn our attention to November … We must carry the Virginia ideals of integrity, community, progress, and compassion forward to all voters.”

Beyer talked about the central issues of the campaign — including climate change, gun safety, and income and wealth inequality – and promised to work hard to find solutions.

Beyer said: “The last few weeks, I have taken to quoting St Augustine of Hippo, who said, ‘Hope has two beautiful daughters, Anger and Courage.  Anger about the way things are.  And Courage to change them.’”

Now the Democratic Nominee for the 8th District Congressional Seat, Beyer garnered 45.77 percent of the vote. Full election results can be found here.

In addition to being a two-term lieutenant governor, Beyer is the co-owner of Don Beyer Volvo, a family business of nine auto dealerships.  He is the former ambassador to Switzerland and Liechtenstein, and ran the transition for the Department of Commerce under President Obama.